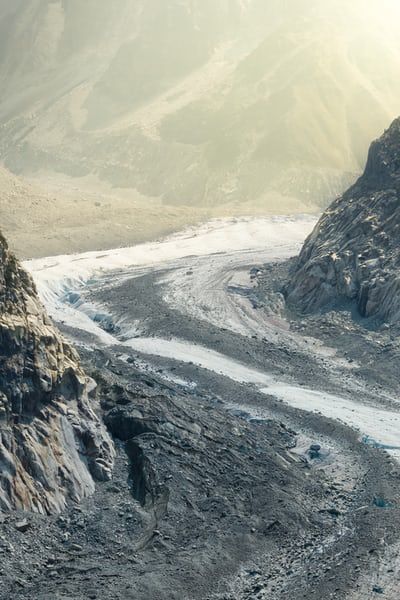 To understand a loss, you first need to comprehend the blessing.  I was blessed with two wonderfully devoted parents, both of whom I loved dearly.  They were my two best friends in life, my two closest confidents, my best example of unconditional love and support.  My parents were more present to me than any other people in my life, and they offered this same availability to my older three siblings.  In a world where many are fortunate to have just one solid parent, we were incredibly fortunate to have two who were equally dedicated to the family, prioritizing our time together above all else.

It is within this context that perhaps you can imagine how devastated I was to loose my dad on Father's Day in 2006 and then, just 13 months later, my mom in 2007.  I was hit hard with grief, as anyone who looses a loved one is.  Regardless of my faith, my hope, my trust, this compounded loss felt like an awakened nightmare.  I never felt more alone.  All the elders in my family tree were disappearing – no grandparents on either side, and now no parents.  Remaining were three uncles and one aunt by marriage, but they all lived out of state.  My two sisters were married and busy with their own families, my brother lived out of state as well, and I was single.

My parents were naturally a huge part of my life, but also on a very pragmatic level they had been such a significant part of my day to day living.  For the most part, over the past 7 years I had lived with them or at least seen them both multiple times per day as I tried to take care of them.  Their absence left a very large void.  I found myself driving over to their house by habit, only to stop part-way there when I realized they were dead.  I remember feeling like I just had to kill time living until I would die and could be with them again.  There were days I wanted to crawl in the grave beside them and just get on with heaven, not because I didn’t value life but because I missed them so deeply and trusted heaven did not have such agony. Thankfully I began doing intentional grief work -  in both a grief group and with my Spiritual Director.

I started with merely surviving.  Through the wonderful advice and “permission” given by my grief counselor Kathy, I took time for deliberate self-care, giving myself an extended pass to be “off the map” for a while.  I read books.  I talked openly and honestly with trusted friends.  I wrote in my journal a lot.  I crafted songs about pain and hope.  I turned to ritual to acknowledge special days, finding ways to honor them and share their spirit with others.  I attended the grief group for 2 years in total, and I continue to allow myself to grieve as I need to, when it wells up within.

I have come to a few peaceful places of pause and contemplation.  For example, my friend Pastor Rachel and I once discussed how heaven is a lot closer than we think.  In other words, we often feel that it is some far away place, but instead perhaps it is like a second skin, so very close, and our loved ones are right here in spirit in ways we cannot even fathom.

I have also wondered why we, as humans, are so surprised about death when it is such a natural way of the world.  I try to make peace with the impermanence of all things, trusting that the one constant is the source of all being, God.  We, as part this one God must then too be constant in some way, and perhaps that is the soul life, which never does die.  I wonder about the ideas surrounding the energy that animates our physical form, what many call the soul.  Perhaps it is transmuted through the death process into a new way of being that we are never to comprehend in this round of existence.

In the near three years since my dad died, and the near two years since my mom died, I am reminded of the very true words a family friend, Father Vic, spoke at my dad’s funeral.  He said, “Death may end a life, but it doesn’t end a relationship.”  In some ways I feel closer to my parents than ever before because the barriers of the physical have been removed on their end and we can now communicate in a soul to soul way like never before.  Perhaps its romantic imagination, but I have felt them more intricately alive and present to my life in many ways – including the ushering in of my life partner who I married in 2009 and the baby on the way in my womb.

I think too of the wise comment another pastor friend of mine, Jeff, said years after losing his dad.  He said how the pain shifts in time from that raw ache to a more wondrous kind of pain.  I agree, though I still experience the raw sometimes.  This kind of pain is one of awe and wonder.  If we embrace it, it can lead to such a deepening of faith and reverence for life.  If we stay present to all we have learned through our losses, we can in fact live more fully because we know better what truly matters.

The words of yet another minister I once knew, Father Don, come to mind.  He said at one point in his life he realized the ebb and flow of life.  He said he has found perspective on how the ups and downs are to be expected in life.  The hard times do not last forever, and the good times are preciously limited too.  The message I get from that is when in a season of bad times, press onward because “this too shall pass,” and when the good times roll we would do well to fully embrace them while we can.  With grief being one of my most profound teachers, it has been reinforced in me evermore to cherish each blessing this life offers.