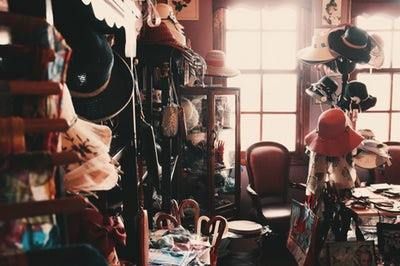 Anyone close to me knows I value clutter-free spaces, despite my abilities to keep them that way.  In our US culture, many of us have some “burden” of stuff, which is clearly a first world problem.  In my case, I inherited a lot of items from my folks’ 40-year-marriage after they passed.  Twelve years later, I’ve still got boxes in my basement from it all.  Added to situations like this is the reality that our culture has developed an unconscious compulsion for more.  This can, at times, become a real addiction and obstacle to our well-being.

In my own life, I’ve found that the more I have, the more I need to manage.  This taking care of “things” swallows up time I’d rather spend elsewhere.  Many of us have over-full lives as it is, so what sense is there in adding unnecessarily to that “to do” list (e.g. dust, sort, store) or to that budget line (e.g. hire someone to clean or launder, rent a storage unit)?

I have found that the less complicated I keep my material world, the healthier I feel.  So I have an ongoing aim to simplify wherever I can.  It’s definitely a work in progress with no firm arrival point, and I live with as many contradictions as the next person.  That said, I keep trying, with small steps, to improve my surroundings.

In what I’ve learned about various approaches to simplifying, three motivators have emerged.  Each one resonates with me for different reasons:

1) Environmentalism.  For some, this means having just enough for the basics, bare bones living, seeking to share and maximize resources, no new purchases unless absolutely necessary.  Examples: communal living, second-hand (or third…) furniture and clothing, choosing to use items until they are unrepairable rather than sending them to a landfill in order to get the newest model, etc.  The emphasis on this approach is minimizing one’s environmental footprint.

2) Creativity.  This is all about clearing areas in one’s home to make space for inspiration to enter (i.e. one needs a blank canvas in order to paint a work of art).  My favorite clutter coach Kerri Richardson’s motto is that if you don’t love it, use it, or need it… it’s clutter.  Reducing what one has frees up time and energy previously spent on managing stuff to instead be used for advancing your dreams and simply playing more.

3) Habitat.  Keeping all of your heart’s desires, but in orderly fashion so you actually use and appreciate those items.  For many, this turns into quality over quantity, such as having fewer, nicer items instead of many so-so ones.  I’ve recently been intrigued by Marie Kondo’s Netflix show, “Tidying Up,” wherein the goal is to be sure that what you have brings you joy and if it doesn’t, bless and release it.  Being comfortable and organized in your domain is the goal here.

Environmentalism, creativity, and habitat are great driving forces with their unique merits.  They all apply the 3Rs — reduce, reuse, recycle — that simplifying typically requires.  There can be, however, a “shadow” side to this process.

For some, to reduce may result in hastily throwing away perfectly good items (including food) that, with a little extra effort, could have been directed toward another who might need it.  Reusing may lend itself to justifying the contrary action of hoarding items with the “maybe I could use this someday” mindset, leaving one in a heap.  And while recycling is generally a good idea, it’s easy to slip into thinking over-consumption isn’t a problem because we can just recycle what we don’t want, when, in reality, recycling is quite a process, involving chemicals and byproducts that can be harmful.

As for me, I continue to build an inner awareness about what is clutter in my life and, bit by bit, I try to remove it while staying out of the shadows.  You could say I’m making a spiritual practice out of managing my material world.  The goal?  Increased peace all around and, I must say, it works. :)  May you be inspired!